LED grow lights for weed provides the best indoor lighting while using reasonable electricity and remaining cool. The lights can produce the optimal color spectrum and help the farmers to produce quality weed.

Generally, the LED grow lights offer more lumens per watt compared to the other lamps. This provides better light intensity and penetration while consuming less energy.

Although there are many types of grow lights, most of them including the HDI and fluorescent have several challenges that make them ineffective or expensive to run.

On the other hand, the LED grow lights for weed are more flexible and cost-effective. They can be tailored to produce the target wavelengths that the weed requires to grow properly, are energy efficient and long-lasting.

The LED bulbs also require fewer replacements and have no requirement for cooling equipment. All these factors make them cheaper to run, hence more economical and eco-friendly.

There are many sources of the artificial light for the indoor farming. These include the traditional bulbs such as the fluorescent, HPS and halogen, as well as the solid state LED grow lights for vegetables. All these have the ability to produce light almost similar to the sunlight. However, some of the wavelengths are not really necessary for the plants

This means that an LED conversion rate is higher than other lamps and most of the electricity it consumes is absorbed by the plant while for the other lamps, a large part of their energy is wasted.

By producing light of specific wavelength, the farmers can easily optimize the LED grow lights for weed to get the best results. The LED lights can mimic the sunlight but will only produce the wavelengths that a plant requires and not what would go into waste. This makes them ideal for indoor weed cultivation where there is insufficient light from the sunlight.

Which LED lights should you consider for growing weed?

Why should people use the LED grow lights for weed?

Most farmers turn to the artificial lighting and specifically the LED grow lights for the following reasons.

It is much easier to control the indoor environment and enable the farmer to produce the best weed regardless of whether the climate suitable or not.

However, the farmer has more responsibilities compared to the outdoor environments. This includes supplying the nutrients, fresh air, water and most importantly the light which the weed loves too much.

A sufficient amount of lighting is critical for healthy growth and yield of the weed. While this is usually not a problem when cultivating the crop outdoors, it can be a challenge in the greenhouses or indoor gardens.

But, although the weed will grow properly in the outdoor environment, there are several issues that may cause farmers to cultivate them indoors.

First, most people do not live in suitable climates for the weed, and growing it in outdoors in such places is almost impossible. The other challenge is the damage of the crop by harsh weather conditions, birds, and animals, or theft by people. In areas where it is illegal, planting the weed indoors hides it from the authorities and curious neighbors.

Growing the weed indoors has many benefits. It gives farmers the ability to control the environment to suit the specific growth stage. For example, using the timers on LED lamps, the farmer can control the time and type of wavelength of the light for the vegetative and flowering phases.

The lamps consume less energy compared to the conventional equivalent lights such as the HID lamps. In addition, the LED lamps run much cooler and barely emits any heat into the grow area. This is good for the plants; otherwise, the heat would damage the plants or prevent their proper growth.

Most often, the farmers have to install the cooling equipment when using other types of light, something that is not necessary with the LED bulbs. However, with LED lamps, there will be no need for extra space requirements for the equipment or use of additional electricity for cooling. In addition, the low heat emission does not alter the temperature and hence no effect on the weed growth.

LED grow lights for weed are easy to install and control

The LED grow lights for weed are plug and play and do not require additional accessories such as ballasts. The lights can easily work off any standard electrical outlet and do not require reflectors since they are directional and will point their entire light over the weed with negligible losses. In addition, they are instant on and do not require warm-up time, hence easier to control or dim according to the lighting schedules.

Other forms of lighting require warm-up time, which must be factored in when adding a timer, since the overall lighting time may be affected by the delays in reaching full brightness. This together with the energy efficiency keeps the initial setup as well as the running cost lower than those of the other lights. The less heat emission allows placing the LED lights for the weed closer to the plants without causing any damage.

Manufacturers often customize the LED lamps to produce the specific portions of the light spectrum that are beneficial to the weed. This increases the quality of light while guaranteeing proper growth of the plants. The other advantage is that the approach saves on the energy consumption since the bulb does not produce the unnecessary light that would otherwise go to waste.

The typical LED grow lights for weed can last for an average of about 50,000 hours. Consequently, the bulbs can last several growing seasons without replacement, hence saving the farmer on maintenance costs and time.

There are specific ideal light cycles that ensure the best growth and yield of the weed. The way the weed grows depends on both the amount of light and darkness it receives every day. For example, the plant requires equal amounts of darkness and light during the flowering stage that is 12 hours of each. However, the vegetative state requires a different cycle of 18 hours light and 6 hours darkness.

It may not be possible to achieve such timings with the natural environment – one of the other reasons that people prefer indoors farming since they can control almost everything.

Using programmable timers, the farmers are able to adjust the timing according to the requirements. This is better done with the LED grow lights for weed since they are much easier to control.

In addition, providing the lighting for long hours will mean more energy consumption using the traditional lights. But the LED energy efficiency and low power consumption help in saving the customers the high electricity bills.

Allows farmers to control the shape and size of the weed

Cultivators can use the LED grow lights for weed to control the final shape and size of the crop. For example, providing an 18+ hour light each day makes the weed to remain in the vegetative stage by thinking that it is summer grow time.

During such as period, the weed will only grow the stems and leaves. A lengthy vegetative period allows the weed to grow bigger and strong in a way that it supports greater flowering and yields.

The LED grow lights for weed make one of the best light sources for indoor plants. They provide a better quality of light which leads to healthier weed with higher yields. Besides their durability, low energy consumption and low heat emissions, the LED bulbs require less space and have the ability to produces a custom light spectrum. This enables farmers to save on running and maintenance costs without compromising the quality of the weed. 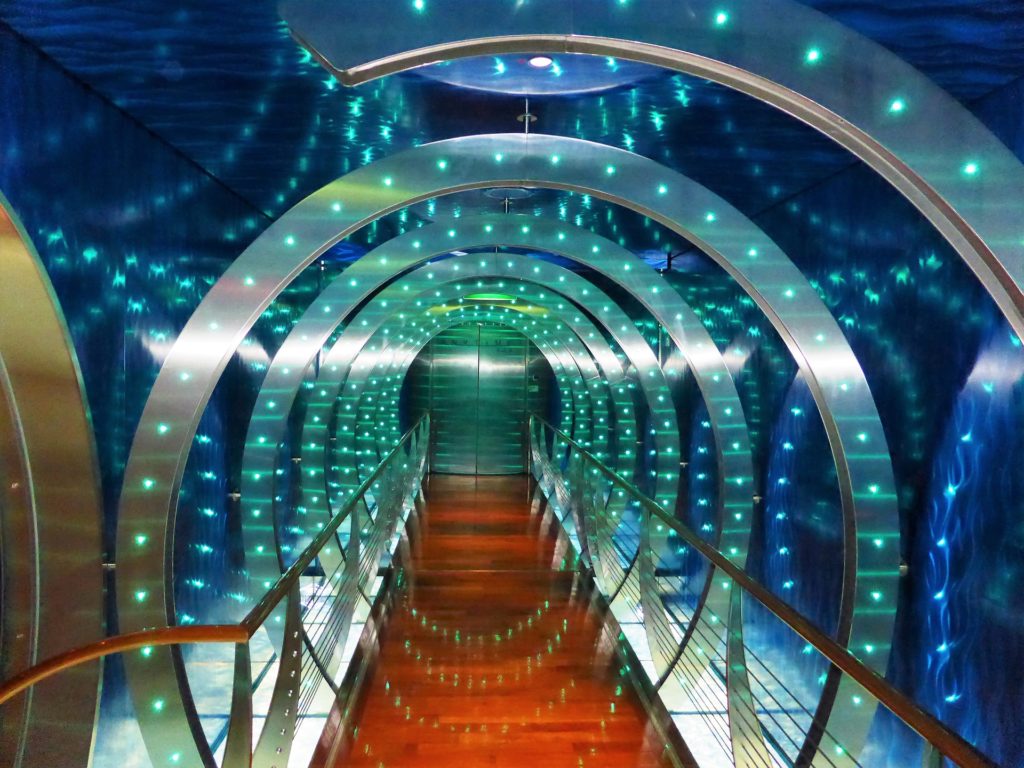 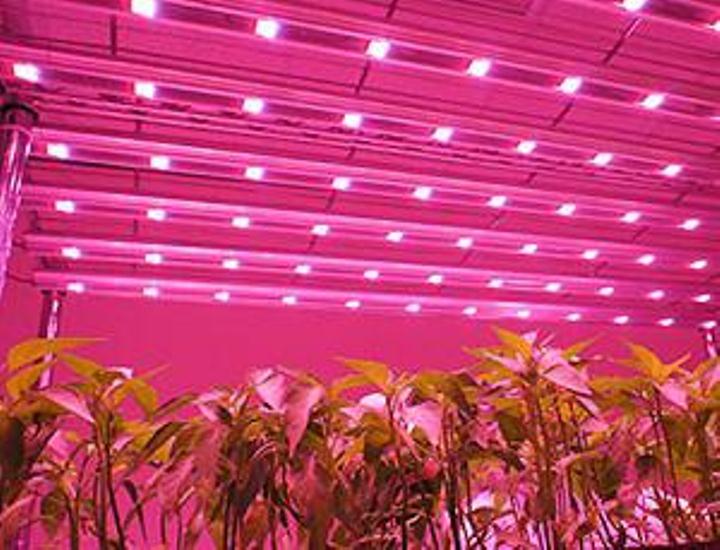 The LED grow lights for seedlings provides growers a cost-effective solution to produce healthier and attractive plants. Generally, the LED lamps are highly customizable. This allows manufacturers to optimize them to produce the perfect combination of light wavelengths. Consequently, the growers can adjust them to create the ideal indoor environment… 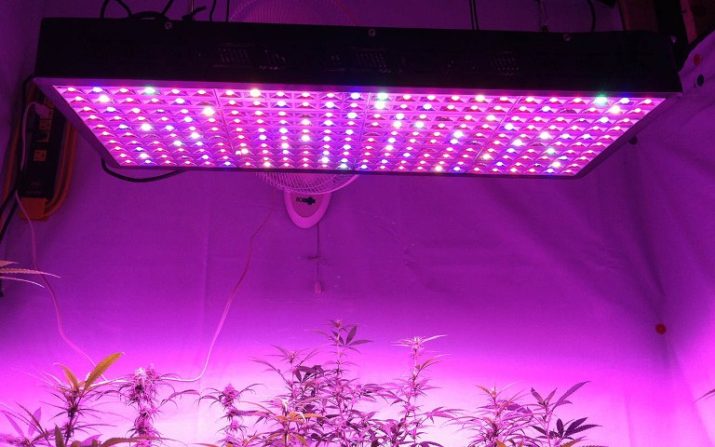 LED grow lights for tomatoes are a great choice for farmers looking for ways to reduce energy costs in their indoor gardens. The efficiency and ability of LED lamps to produce different types of lights are some of the characteristics that make them more appealing than their counterpart HPS, fluorescent… 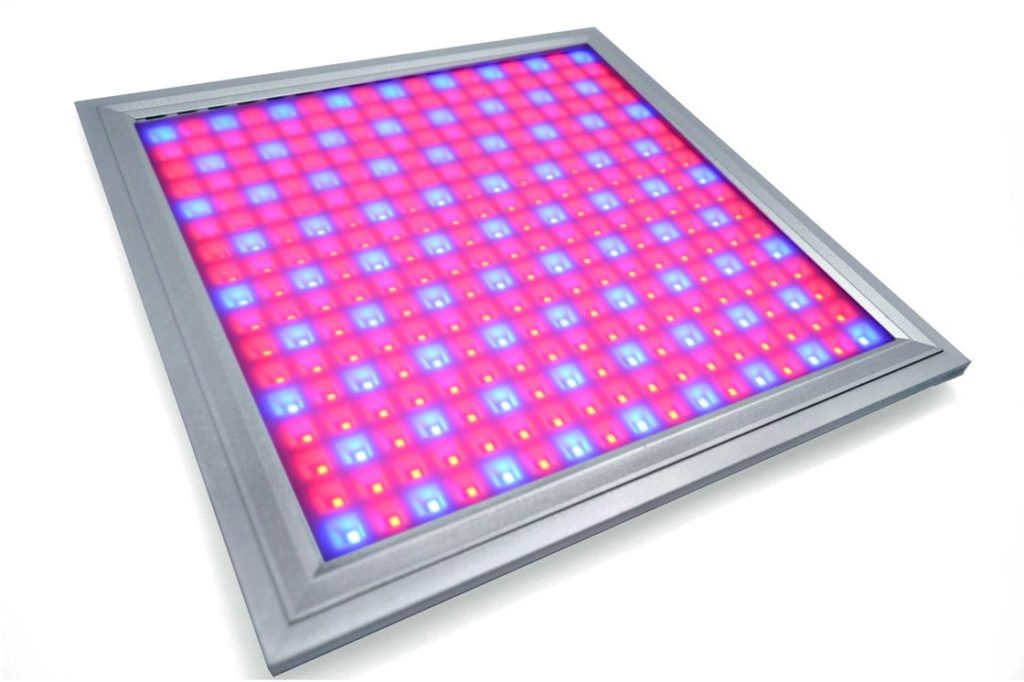 LED grow lights for vegetables enable people to grow a wide variety of crops in greenhouses and other indoor gardens. The environmental friendly source of artificial light helps the farmers to save on energy costs without compromising the quality of the vegetables. In addition to the energy savings, the LED… 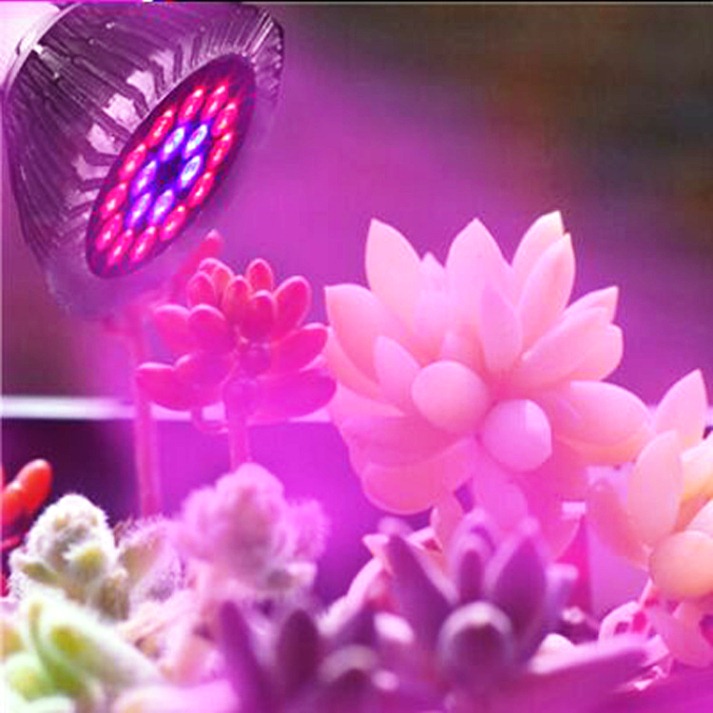 The LED grow lights for succulents are a great way of supplementing the natural light in the offices or homes, and ensure proper growth of the plants.  The LED lamps have numerous advantages such as high energy efficiency, adjustable wavelength, durability and small physical size. Since the plants make very…