An LED flashlight provides an efficient and reliable source of illumination for general and emergency situations. These are portable handheld gadgets that are essential in the house and outdoors, and especially for people working, driving, walking or camping at night.

Generally, the torches or flashlights are used to provide light for a wide range of applications, including by security personnel, police and other emergency service providers.

To cater for different type illumination needs with varying requirements, there are equally a number of flashlight designs with different capabilities, outputs, and controls.

The choice of a flashlight depends on a number of factors as we are going to see shortly.

Lighting needs vary depending on the task and situation. As such, there are a few considerations when selecting the best LED flashlight to meet the illumination needs. These include construction material and design, brightness,  water and dust proofing, power requirements, weight, ergonomics, beam control, light modes, purpose and cost.

Since the flashlights are highly portable, relying on batteries for energy, they may use different types of batteries. These may be big, small, single or multiple units as well as chargeable or rechargeable batteries.

The physical size of the LED flashlight

While some of the flashlights are bulky, others have small physical sizes and are lightweight such that they can easily fit in the pocket and are easy to carry around.

Application environment is also an important factor to consider.  For example, military and emergency service providers may require rugged flashlights that can withstand harsh conditions. These are usually, waterproof, abrasion proof and capable of withstanding impacts and falls without damaging any components. In addition, these require cases that provide a good grip so that they do not slip out of the hand easily even in wet conditions.

Light brightness level and shape of the beam

Light output in terms of brightness and shape of the beam vary according to applications, while some require intense but narrow beams, other applications require an evenly distributed illumination covering a wider area but not reaching very far.

There are so many LED flashlights in the market. Some are high quality, highly reliable and efficient for critical applications. These are usually designed for military and similar applications and usually more costly. There are also entry-level LED flashlights for general use. These are priced fairy, but may not have advanced features such as waterproofing and may only have one or two operating modes and very little or no beam customization. Some common LED flashlight features or types include;

Below is a list of the best LED flashlights that you can use for various applications.

Coast HP1 is a high quality, high performance LED flashlight with a long warranty period. The high-efficiency flashlight provides the maximum level of light from its LED bulb. In addition, it has a pure beam focusing feature that harnesses and shapes the light to produce great patterns. It also has controls for users to adjust between flood and spot lighting beams.

The flashlight uses only a single AA alkaline battery to produce a bright light. One of the best things about the HPI is the use of standard AA battery which can also be rechargeable. This makes replacements easier and less costly.

Its high efficiency makes the battery to last for a long time.  Also, it has a tough build aluminum casing which is lightweight but impact resistant. This allows it to withstand tough conditions such as corrosion, scratches, and others. It also has a removable metal pocket clip for easy and convenient carrying.

The flashlight has a slide focus system for shaping the beam into a spot or flood by simply pulling or pushing it using a thumb.

It has a heavy-duty metal plastic case that is anti-abrasive, skid proof and water resistant, hence able to withstand harsh conditions. The compact LED flashlight is suitable for tactical situations such as camping, hunting, fishing, hiking, military, emergencies, and other indoor and outdoor applications and home use.

The LED flashlight has five operation modes of full, medium and low brightness as well as strobe and SOS. The adjustable focus allows you to control the beam to suit either close or long range application. This allows it to throw an intense beam that covers a longer distance of about 600 feet, or a floodlight that illuminates a wider area.

This is a high performance, high brightness flashlight with a maximum of 50000 Lumens of white color and capable of illuminating up to a range of 300 meters or almost 1000 feet.

It has a long lifespan of about 100,000 hours. The LED flashlight with an aluminum alloy case uses a single AAA, or a rechargeable 18650 battery hence light and cheap to operate. It provides a zoomable beam and has different modes or operation include high, medium, low, strobe and SOS, hence suitable for different application needs where only a single flashlight is required. The Ultrafire 50000 Lumens T6 LED is ideal for demanding applications such as camping, military, and others.

This is an ultra-bright, 3-mode LED flashlight available in different colors. The super bright LED produces an intense beam that can light up to 600 feet while running on a single AA battery and can also run on the rechargeable 14500 3.7v battery.

It has a compact, heavy-duty design to withstand harsh environments and hence suitable for applications such as camping, hunting, and others. In addition, it provides different modes of light to suit different requirements. The J5 V1-Pro has different modes including high, low or strobe mode in case you want to use it for cycling. It also has an adjustable focus control that enables you to shape the beam either by zooming in for an intense beam or zoom out if you want a wider illumination.

The flashlight has the ability to produce 1000 Lumens and reaches a distance of 250 meters (820 feet). The tactical tail switch allows turning on and off. In addition, the LED flashlight has a metal side switch for changing between six lighting modes. It also has an energy saving mode and can go for about 430 hours when providing the ECO brightness level. An inbuilt battery level indicator helps to determine the remaining charge and also warn when low.

The Fenix PD 35 LED flashlight has a compact and tough design for harsh environments. It is IP68 rated hence waterproof and dustproof, and suitable for many outdoor applications. It can also work underwater up to a depth of two meters. 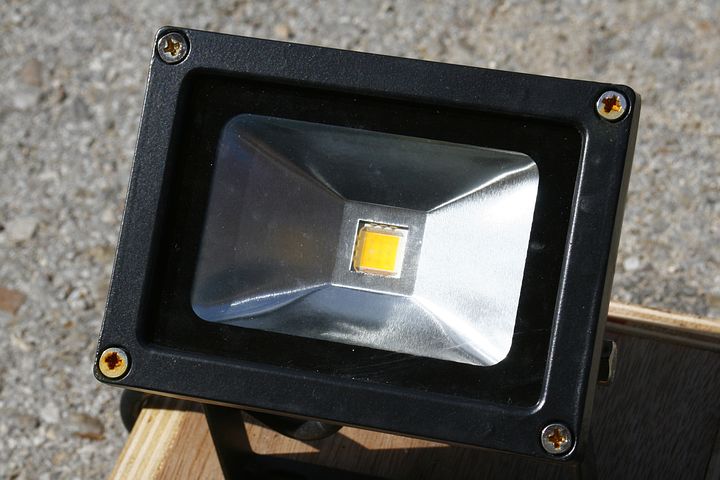 Installing LED lights is one of the most rewarding investments for businesses and residential consumers. Generally, these energy-efficient lights present a number of benefits and opportunities. The major benefits over conventional lights include lower electricity bills, long lifespan, good color rendering, several design options and environmentally friendly. The light emitting…